Lucie has been teaching me French for few months. The method she uses surpasses any classroom style. Time flies during my lesson as she makes each lesson fun to learn. It is like having a friend correcting and teaching you at each lesson, which makes learning more enjoyable.
April 2019

Lucie is a very good and pleasant teacher. Her lessons are thorough, logically structured, enjoyable and effective. She adjusts the lessons to personal interests and needs which makes it more interesting and fun. I recommend her very highly.
Avril 2019

Lucie is an excellent teacher (and person)! I’ve been following French classes with her for almost 2 years and I couldn’t recommend her more. She is a very experienced educator who caters 100% for the student needs – either this is an official diploma, or the ability to hold a casual conversation at the bar. She is able to smartly adapt to your level and focus in order to convey the knowledge in both an effective & fun way. And she always gives the best practice tips and exercises for improving. I honestly enjoy my French classes with Lucie very much and I’m very happy to see the progress I’m making. I would blindly recommend her to anyone interested in learning the French language & culture!
November 2018

Lucie has been my french teacher for the last two years and thanks to her I have progressed a lot. She explains everything very clearly and she has a lot of patience when helping her students to master the difficult French language. I will recommend Lucie to anyone who wants to improve their level of French.

Lucie is an outstanding teacher. The excellence of her pedagogical skills and personalized methodology are incomparable and extremely efficient. The one-to-one weekly lessons I have been taking with Lucie for the last six months have not only helped me improve my French, but they have also been very enjoyable and dynamic. Altogether, an experience I would highly recommend, and that I will undoubtedly continue pursuing.

Lucie took on the task of teaching me French. This is difficult work due to my education leaving me with few language skills. Fortunately Lucie is patient and methodical with her teaching and now the French people around me comment on my progress!
June 2017 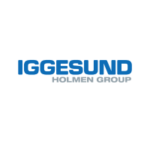 Lucie has given me French lessons once a week for nearly one year. Her professionalism and logical way of presenting the material has always been a pleasure for me. I am particularly impressed with the many examples she gives which really brings the language to life for me. She is patient and can fully place herself in the position of someone trying to learn a foreign language. I can highly recommend Lucie as a competent and engaging French teacher.

I am pleased to write this letter of recommendation for Mrs. Lucie Raimbault, who had given me lessons of French here at the premises of Edison International Holding in Amsterdam for around a year in 2015.
Mrs. Raimbault has an excellent command over French language and exceptional communication skills, which she used efficiently with me and I am sure with her other students.
I assure that Mrs. Raimbault would be a great addition to any work place she is desiring to join.
Available anytime during office hours for a call. 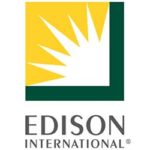 I had the pleasure to collaborate with Lucie. I am a sophrologist and she translated my website Sophrosan in English. I truly appreciated her commitment and adaptability to my needs. On top of linguistic abilities, Lucie’s interest in personal development activities allowed her to understand fully what I wanted. She is very professional and I would recommend her without any hesitation.

I have known Lucie for several years. When I first arrived in France I wished to improve my fluency in spoken French and my employer contributed to this with some French training spread over three years. I had the good fortune to have Lucie as my tutor. She is efficient at locating your weaker points and providing the means to help strengthen them. The professional and enthusiastic approach of Lucie, with her good sense of humour made my sessions enjoyable and productive. My previous two managers have judged my level of French to be fine for my work environment. However, I like continuous improvement, so I still see Lucie from time to time for private lessons – including Skyoe calls now that she has moved to Holland. Thanks Lucie!

I am writing to highly recommend Lucie Raimbault-Burton as a French Language Teacher. I began working with Lucie shortly after moving to Paris in March 2012 and continued to take private courses with her until she moved to Amsterdam in January 2014. During that time, my level of spoken and written French progressed from A1 (beginner) to B1 (intermediate).

Lucie has a very personable approach to teaching that makes for an educational, but also very enjoyable experience. During our courses we covered not only basic rules of grammar and vocabulary, but also spent much of our time discussing French history and culture (in French, of course) that helped me better understand and be immersed in a home away from home. I remember one particular lesson in which we watched a video of a popular comedy sketch and then broke it apart sentence by sentence to improve my comprehension. That exercise not only exposed me to several conversational expressions that I was already hearing all around me, but also to a piece of pop culture that I likely would have never discovered on my own.

Lucie is also incredibly adaptable and willing to tailor lessons according to her students’ needs. When I was looking for a job, she helped me write my CV in French paying particular attention to some of the stylist differences between Anglo and French CV’s. She also helped me prepare for job interviews and focused on helping me with technical vocabulary necessary for my success.

I recommend Lucie to you without reservation. If you have any further questions with regard to her background or qualifications, please do not hesitate to contact me.

Lucie has excellent pedagogical skills. In addition, she is extremely organized, reliable and computer literate. Lucie can teach all levels and received great feedback from her learners. She is flexible and willing to work on any project that is assigned to her. Lucie has been a remarkable asset for our company over the past 10 years.

Lucie was an incredible teacher. Serious, capable, passionate, pleasant and attentive to my needs. Each class was carefully designed according to my learning level and I learned so much thanks to her. After few months in France, learning with Lucie, my french was already fluent. Also, lessons were very interesting, dynamic and stimulating.

Lucie has been a wonderful french teacher. With her I had the possibility to learn and improve my french. Not only she has a very good preparation, but also she is really able to transmit the information with specific lessons tailored on the interests of the person.
After the first class, I decided to continue to take lessons because I noticed that, with her, my french was improving faster than with other teachers. During our classes, as soon as she realized that I was not understanding something, she tried to re-explain this, facing it in a very interesting way for me. This avoided to make lessons boring and repetitive.

Lucie has been a really good teacher. Thanks to her, I really improved my competence in French. She proved to be really skilled and expert. In fact, after the first experience I had with her, I decided to specifically ask for her in my second French class due to outstanding results she had with me in the first module we did.